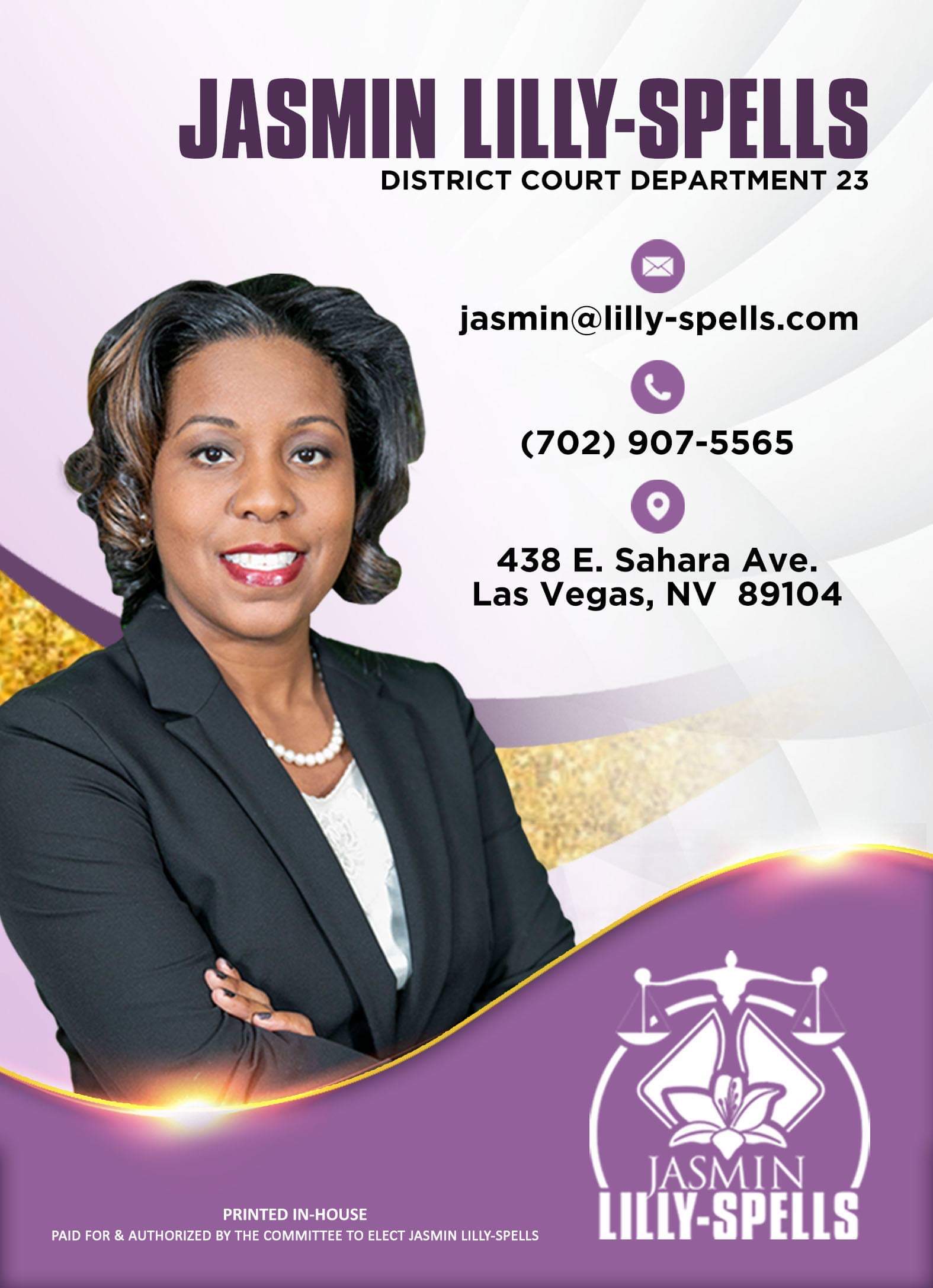 After experiencing the tragic death of my favorite cousin at 16, I decided to go to law school to help others. For over a decade, I've protected the constitutional rights of all and been a voice to the voiceless.

I'm running for judge because I want to continue to serve my community. I think that it is important that we have judges on the bench who are connected to their communities and who understand the issues that come before the court to properly sit in judgement on disputes. As a wife to a military veteran, a mom of four, a dedicated servant, I understand the issues coming before the court. I understand how judge's decisions are long-lasting, because my cousin's death has affected me for over 20 years. I understand how the law affects every day people and small businesses. That's why I promise to provide equal access to justice, a listening ear, and balanced rulings based upon the law.

I'm an experienced trial attorney who knows the rules of evidence. I am in the courtroom almost daily advocating for people and providing checks and balances in our system. I take pro bono civil cases and mentor younger attorneys. My entire career, I've worked for justice so that justice can work for you. I will continue to do this as a judge. I'm asking for your vote and support for District Court Department 23.

As a judge, it is my duty to uphold the law. This is a duty that I respect and will abide by. Nevada has codified the right to choose under NRS 442.250. I render equitable decisions based upon the law.

I believe everyone should be treated with dignity and respect. I will uphold this principle in my courtroom. Justice needs to be fair. As a judge, I will treat people with respect and apply the law fairly.

Pursuant to the Judicial Canons, I am unable to form or give an opinion on any case that could potentially come before me. I believe that education is important and that children are the future. It is extremely important to me that each child receive an education which makes them college ready, should the child choose to go to college. As a judge, I will uphold the law and apply the specific facts of each case to the law.

I believe every person deserves to be respected and it is something that I promise to do in my courtroom.

I am unable to answer this question pursuant to the Judicial Cannons which forbid any judicial candidate from expressing any views on a case. It is important that judges are impartial and apply the law fairly. I am not a stranger to discrimination and understand the ugliness of it. I will look at the specific facts of each case and apply the law equitably because I understand that cases are people, not numbers.

Although I have represented clients who have faced discrimination relating to sexual orientation, gender identity and/or HIV/AIDS in criminal courts, I have not personally been involved in a case where the primary issue was discrimination.

Evictions can dismantle families. I have assisted individuals facing eviction pro bono. As a district court judge, I would could handle an eviction on appeal. When making an appellate ruling, I am constrained by the lower court's record and often must decide very narrow issue(s) of law. I believe that each case is individual and will give each case individual attention by considering all of the factors and balancing competing interests before rendering a decision.

As a defense attorney for over a decade, I fully understand the intersection of criminal and immigration law because I deal with it daily. I believe that it is important that attorneys provide competent legal advice to their clients and that the system is fair. Judges are prohibited from practicing law and providing legal advice. I have seen some judges keep educational materials in courtroom corridors. This is something that I respect.

As a judicial candidate, I am unable to comment on an issue that could potentially come before me, pursuant to the Judicial Cannons. I recognize that going to court can be an overwhelming and scary event for most individuals. I will do my best to ensure that people feel comfortable in my courtroom by providing equal access to justice, a listening ear and balanced rulings. I will follow the law and apply the law equitably.

I have always been a child advocate. Most of my community involvement is centered around kids. From providing free tutoring services as a college student to mentoring youth, actively engaging in public schools and planning an academic summit, I've poured into our children. As a former Court Appointed Special Advocate, I have personally seen many wards of the State become entangled in the criminal justice system. I've also worked with children with autism. As a District Court judge for criminal and civil court, I will not preside over children unless they have been certified up from the juvenile system. I believe it is important for judges to be in the community giving back in some capacity. I will continue to contribute to this community and continue to be involved in mentoring and providing education to our youth.

Three significant issues in the justice system are access to courts, lack of mental health services, and affinity bias.

Legal matters are daunting and costly, making access to courts sparse. I support programs and agencies that provide legal assistance and education at little to no cost. As a judge, I would explore the possibility of additional partnerships with the local law school to assist our community in having better access to courts.

Affinity bias affects both victims and defendants and can impact every aspect of a case. Research indicates sexual assault survivors believe they will never see justice because of overt gender biases. As a judge, I will continue to address affinity bias through consciousness, education and a commitment to treating everyone with dignity and respect. My promise to voters is to provide equal access to justice, a listening ear and balancing rulings based upon the law.

Diversion programs reduce recidivism and have a lower economic impact on society. As a defense attorney, I've personally seen the success of diversion programs like drug court, veterans court, mental health court and others. Currently, there is limited funding for diversion programs, causing long wait lists. Additionally, many drug users are unable to take advantage of programming if they have been caught with large amounts of drugs. The legislature passed a new law that takes effect later this year, changing the statutory scheme of drug trafficking laws. (In Nevada, one can be charged with trafficking for possessing a large amount of drugs). Conceivably, this will make more individuals eligible for drug court. I believe it's important to explore ways to ensure these programs meet the needs of the community. I would like to see programming and partnerships specific to individuals with families to protect family units and hopefully reduce the amount of children going into the foster care system.

In the United States, a person is innocent until/unless proven guilty. Our system of justice requires the prosecuting agency prove guilt beyond a reasonable doubt. The law says that punishment should follow conviction not precede it. In Nevada, the Supreme Court recently decided the case of State v. Valdez-Jimenez, 136 Nev. Adv. Op. 20 (2020). The court ruled that individuals accused of committing non-capital, non-first-degree- murder have a state constitutional right to a reasonable bail amount. The law outlines when bail is necessary and requires that bail decisions be individualized to the person. As a judge, I will uphold the law. I will look at each case and each motion, including bail motions individually and apply the law to the specific facts of the case.

Pursuant to the Judicial Canons, I cannot express my viewpoint on this issue. I respect the voter's right to choose to legalize marijuana. I also understand the impediment many convicted felons have in finding decent employment or being able to go to school. Currently, the law provides for certain convictions to be sealed. As a judge I promise to provide equal access to justice, a listening ear and balanced rulings based upon the law.