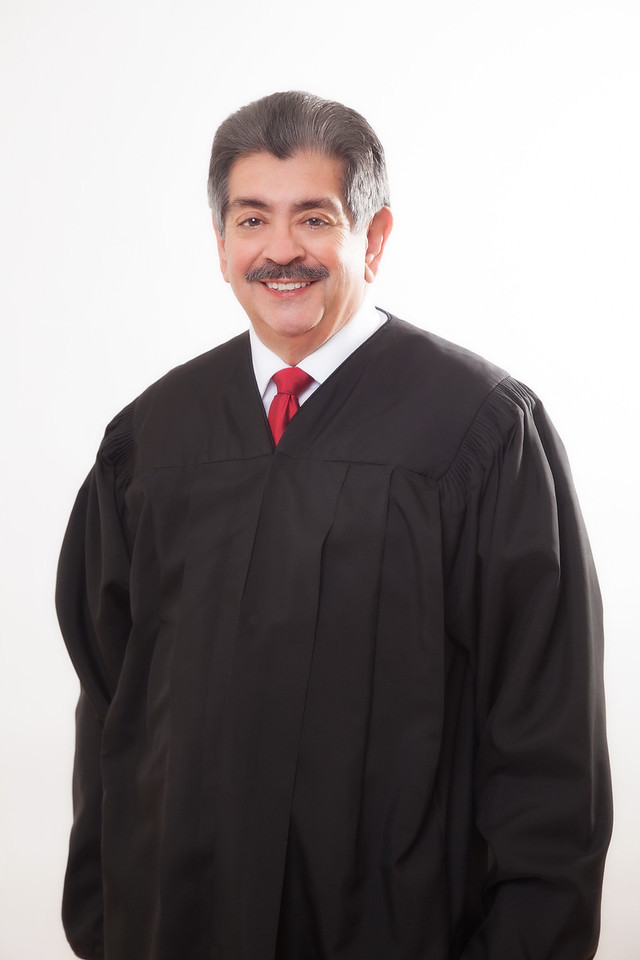 I have served for ten years as Judge in Dept. S Family court. When I first ran I had thirty years experience in every facet of Family Court, juvenile court, Abuse/Neglect court, child support court and guardianship.
After completing my education at Michigan State University and University of Notre Dame School of Law, I started my legal career in 1978 handling family, civil, and criminal cases as a law clerk for a Clark County District Judge.

My experience is not limited to family law; I have argued criminal cases of domestic violence and substance abuse/DUI, immigration and a range of cases at all levels from Municipal Court, Nevada Supreme Court, Federal Court, and appeals to the Sixth Circuit Court of Appeals and the Ninth Circuit Court of Appeals (the highest court in the western US).

As a family man, I bring common-sense understanding of family issues and experiences to the bench. I and my wife Debra have a wonderful marriage of forty-seven years and raised four children in Clark County. We have three granddaughters. Judge Ochoa has the respect of the legal community.

I was voted by my peers to serve as a member of the Board of Governors for the State Bar of Nevada from 2009 until taking the bench in 2011. This Board oversees the practice and policy of law in our state. I have earned positions on the State Guardianship Commission (2018 to present), Board of Directors for Southern Nevada Legal Service, Law Library Board of Directors (2007 to 2010) and Guardianship and Probate Judge (2018 and 2019).

Court precedent should not be overturn absent compelling reasons for so doing. The doctrine of precedent, under which it is necessary for a court to follow earlier judicial decisions when the same points arise again, is indispensable to the due administration of justice.

The doctrine of precedent imposes a significant burden on the party requesting that a court disavow one of its precedents and a court generally will not disavow one of its precedents unless serious detriment prejudicial to the public interest is demonstrated. Mere disagreement does not suffice. Once a question has been squarely presented and decided by the US Supreme Court it should not be unsettled, except for very weighty and conclusive reasons.

The Constitution's guarantee of equality means that a law cannot infringe on human dignity or justify disparate treatment of a group of citizens.

A law's practical effect should not impose a disadvantage, a separate status, or a stigma upon an individual's human dignity.

This case is about a prevailing party in class action under Title II of Civil Rights Act who obtained injunctive relief against racial discrimination by owner of drive-in restaurants and sandwich shop-- were entitled, in absence of any special circumstances,-- to have ATTORNEY FEES included as part of costs to be assessed against respondents

All persons shall be entitled to the full and equal enjoyment of the goods, services, facilities, privileges, advantages, and accommodations of any place of public accommodation, as defined in this section, without discrimination or segregation--
ON THE GROUND OF RACE,COLOR RELIGION OR NATIONAL ORIGIN .

It would be difficult to extend to LGBTQ since the statute limits in the language of the statue to providing protection to individual bases on race, color religion and national origin not sexual orientation.

I do family law, so eviction to not come before me. But in general we need to provide more time to move if eviction are granted for families to find another place to live and to ensure the individual are provide timely and proper notice before the court hearing.

As usually, eviction is only a resulting issue from lack of mental health or financial resources.

Need to make a very clean record of the reasons for the dismissal with complete detail and a Court Order fully reflecting the facts leading to the dismissal sign by both sides of the proceeding.

I do not think that is the situation at Family Court. In any court, this type of situation only will ensure that more individuals will not appear in court, making it more dangerous for the community and resulting in even greater financial cost. In some cases victims of crime will not be helped

Focus on the parents of children, and the schools. When I did juvenile court service most of the children were from single parents home. So keeping both parents involved, whenever possible, in a child's life would help to keep the children out of the juvenile system. Forcing parents to separate to obtain their green card is not a family best interest. Nor, is forcing individual to wait for years to obtain a green card thus inflicting unnecessary hardships and stress on families..

Bail reform is an important issues. Finding other methods to determine whether a person is a threat to the community and to ensure the person' s appearance at court besides cash bail.

Yes, I believe these courts save taxpayer's money and provide more productive service to the community (at reduce cost) and the individual. These court actually make the community safe. Increase funding will save money over the present incarceration and return to community without additional services system..

It is the system we have now, which increase the cost to the individual and the community. By detaining many individual with minor criminal charges but without financial resources to pay cash bail, families are hurt, individual loose their jobs and we (the community) pay the cost for jails to detain for a minor act.

I believe it will have to, by statute, be removed or not be permitted to be used against someone in court proceeding. Currently simple possession conviction, years in the past, carry minimum weight.