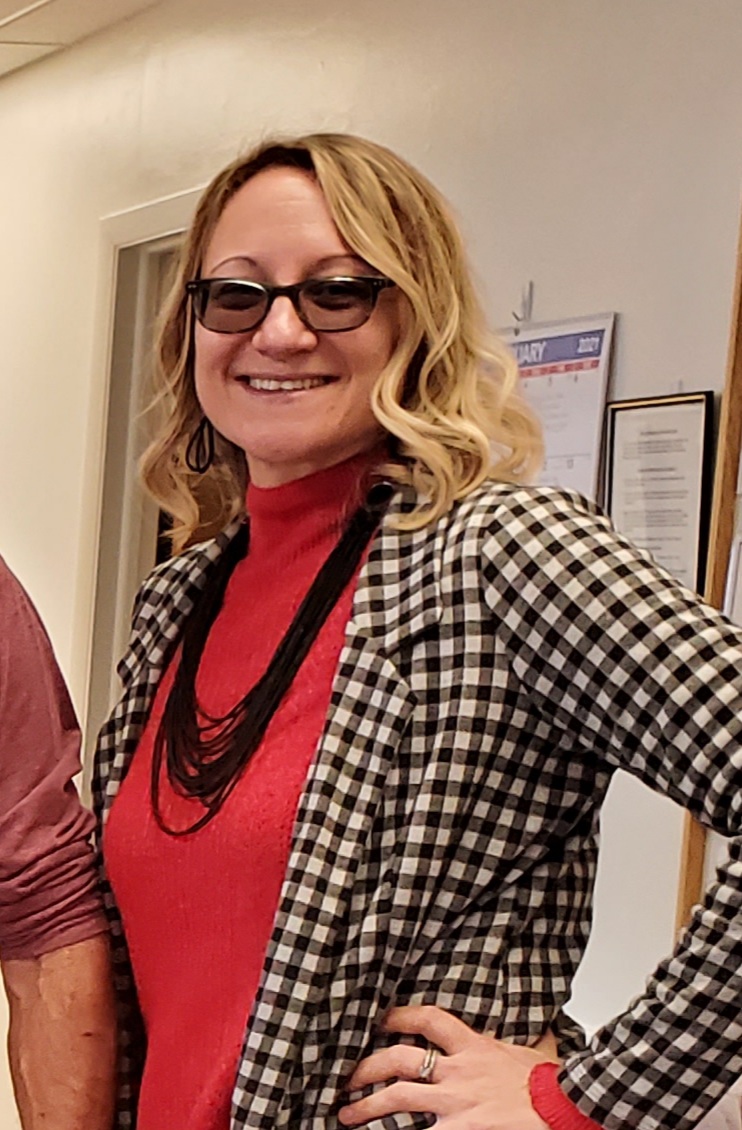 I initially ran because I wanted my experience to better serve the people in this position. I'm running for re-election for the second time because I'm still passionate about my job and what we do in the Clerk's Office.

Because of the rise of mis/disinformation stemming from the Big Lie, some voters feel like our elections are not secure despite the great elections/voting rights bills that were passed and signed into law. If elected as County Clerk, what would you say to voters who are second guessing the integrity of our elections?

Don't believe the news and mis-information. Ask the hard questions, volunteer to be a part of the election process, or sign-up to be a poll watcher. See for yourself that elections are secure in White Pine County. I take election integrity very seriously and ensure that my staff, my poll workers, and my counting board members do as well.

Hypothetical: A voter contacts you and indicates that they attempted to register to vote at the polls during Early Voting, but was turned away. The election worker states that they need to get an updated, current ID because they just moved to a new home in Las Vegas. What would you advise the voter to do?

If the voter was refused Same Day Registration because they do not have an Nevada Driver's License, they should attempt to vote where they were previously registered, unless more than 30 days has passed. In which case, they can vote a Provisional Ballot in their County, provide proof of address, and fill out a registration form. If they do have a Nevada Driver's License, but moved to a new address, there is no reason they could not register with a current proof of address.

No, we do not have a way of doing so.

With the passage of AB321 (2021) and AB422 (2021), NVSOS must create and maintain a top-down voter registration system and a cooperative agreement with the Registrar of Vital Statistics. What are some things that everyday Nevadans can do to help maintain the voter roll?

Update their voter registration information every time they move, change their name, or personal information such as phone number or email.

With the passage of AB431 (2019), what efforts would your office do to ensure that Nevadans who are waiting for pre-trial or convicted of a misdemeanor, are informed of our electoral process?

Nothing more than we already do for regular voters.

Describe your understanding of the signature verification process and the Confidential Address Program.

We are trained in forensic signature verification and only I verify signatures during each election for mail-in ballots. My staff and my poll workers are also trained on forensic signature verification and are asked to err on the side of asking for ID if a signature does not match. The CAP is strictly maintained separately from regular voter registration records and anyone a part of CAP is not included on any public list.

Under what circumstances do voters need to show an ID to vote?

Luckily, I don't have to recruit.

Describe your understanding of the certification process of electronic voting machines.

If they did not provide proper identification information at the time of registration, if they failed to pass our validation process called NeValidator provided by the State of Nevada, if they registered online after the cut-off period, registered during Early Voting or on Election Day through the Same Day Registration process, or if their signature does not match the one we have on record.

What is your stance on transitioning to all paper ballot elections? And the hand count of paper ballots?

We verify version numbers, software serial numbers, and all applicable information is exactly what it should be according to the election we are administering. We also test all equipment used in the election process to ensure it is tabulating votes accurately.

While an all mail-in election is less work for me and my staff, hand counting is not a reliable way to tabulate ballots and personally and professionally, I am firmly against it.

How will you protect the physical safety of all officials and volunteers engaged in the administration of Nevada elections, from SOS staff down to volunteer poll workers?

I will absolutely resist pressure to change election results from any source. Every election I conduct is transparent and can be reproduced with the exact same result every time. I will prevent unlawful interference with the counting and certification of election results by following the laws and regulations set forth by the State of Nevada, by putting cyber security protections in place, asking law enforcement to be present at certain and random times, and by taking necessary precautions.

The traditional election worker is older, retired, and does not represent how diverse Nevada’s communities are. If elected as County Clerk, what are your plans to recruit a new generation of election workers?

By asking law enforcement to be present at certain and random times and to be available if needed.