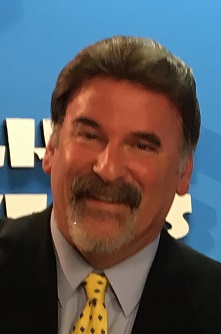 I decided to run for this office to represent the people of Clark County and bring fiscal responsibility to the Commission instead of representing special interest groups.

I decided to run for this office to represent the people of Clark County and bring fiscal responsibility to the Commission instead of representing special interest groups.

How do you plan to address growth in the County? What is your opinion on infill vs. sprawl development, infrastructure needs and transportation issues?

By balencing the need for affordable housing and promoting urban infill rather than urban sprawl, thereby allowing the building in developed areas, rather than in unincorporated areas of Clark County which would allow less traffic and pollution from cars travelling greater distances to and from work and school. Also from a public safety standpoint, reasonable response times are more readily available in the urban core areas from police and fore departments. I support mass transit and alternative transportation to reduce the costs of traffic and accident controls.

What are your plans for addressing the issue of affordable housing?

Working within the County, a supply of affordable housing, from apartments to homes should be regulated without the red tape, as regulations and government increase housing costs rather than streamlining the process for purchasing a new home. Additionally, rent control would lessen the impact on families renting property in Clark County.

How would you improve the County’s resources and assistance for people experiencing homelessness?

Government intervention in the form of assistance for the mentally ill and those addicted to substances. I believe no one chooses to be homeless, but rather settles for homelessness after being unable to raise themselves up to a point where they can better themselves. Homelessness is not a result of a lack of affordable housing, but rather a lack of available resources to deal with personal issues.

How would you deal with the lack of mental health funding in this State at the County level?

By building a partnership between private industry, public entities and employers to create funding and a workforce for those dealing with mental illness.

I would support a light rail monorail system that builds on the existing monorail, but have it travel from the airport to the resort corridor and possibly to downtown, thereby lessoning the traffic congestion in the City of Las Vegas, lessoning the pollution and allowing for more foot traffic.
The monorail system would be able to pay for itself by way of fares and transportation passes purchased by tourists and locals.

The ability to carry a firearm is a right guaranteed under the Second Amendment to the United States Constitution. Local governments should not hinder that right, but may regulate when a firearm can be carried in govern offices. I would support mandatory sentencing guidelines for criminals convicted of using firearms in the commission of a crime. By standardizing sentences, gun violence could be impacted for those carrying or possessing a firearm illegally.

Do you support fair wages and working conditions for public sector employees?

I do support wages and working conditions similar to those found in the private sector.