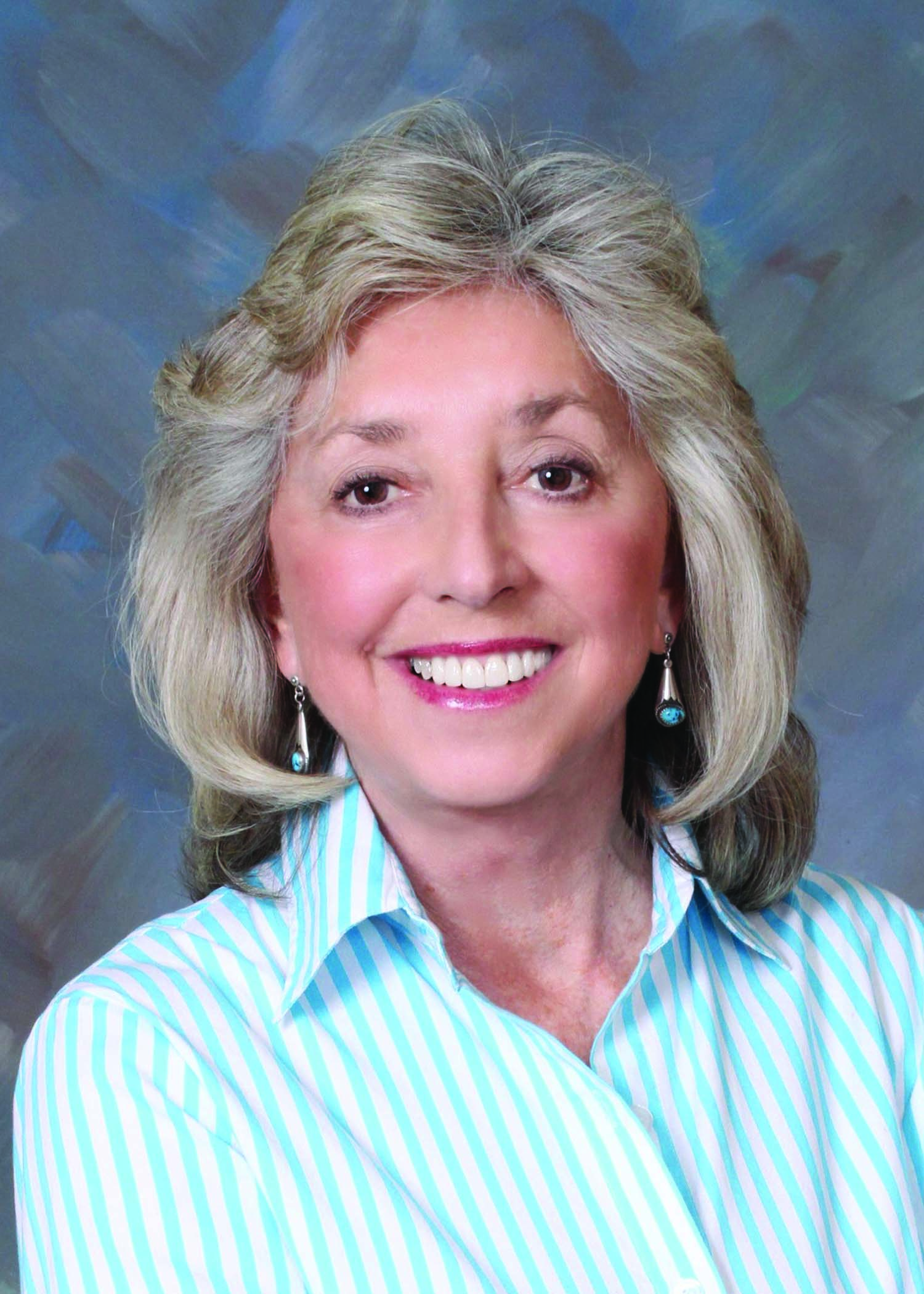 Posted at 21:52h in U.S. House of Representatives by admin 0 Comments
0 Likes
LnRiLWNvbnRhaW5lcltkYXRhLXRvb2xzZXQtYmxvY2tzLWNvbnRhaW5lcj0iZTk0Y2EwN2Y0YWNlZjkyOTBmNGE2NDYzYzc1MTFlYTIiXSB7IHBhZGRpbmc6IDI1cHg7IH0gLnRiLWNvbnRhaW5lcltkYXRhLXRvb2xzZXQtYmxvY2tzLWNvbnRhaW5lcj0iZTk0Y2EwN2Y0YWNlZjkyOTBmNGE2NDYzYzc1MTFlYTIiXSBwIHsgY29sb3I6IHJnYmEoIDQ5LCA0OSwgNDksIDEgKTsgfSAudGItZ3JpZFtkYXRhLXRvb2xzZXQtYmxvY2tzLWdyaWQ9ImRlZmJlZDAzZmQ2ODlmYmNmNzZiODgyZjlkYWI0ZGQ2Il0geyBncmlkLXRlbXBsYXRlLWNvbHVtbnM6IG1pbm1heCgwLCAwLjVmcikgbWlubWF4KDAsIDAuNWZyKTtncmlkLWF1dG8tZmxvdzogcm93IH0gLnRiLWdyaWRbZGF0YS10b29sc2V0LWJsb2Nrcy1ncmlkPSJkZWZiZWQwM2ZkNjg5ZmJjZjc2Yjg4MmY5ZGFiNGRkNiJdIHAgeyBjb2xvcjogcmdiYSggNDksIDQ5LCA0OSwgMSApOyB9IC50Yi1ncmlkW2RhdGEtdG9vbHNldC1ibG9ja3MtZ3JpZD0iZGVmYmVkMDNmZDY4OWZiY2Y3NmI4ODJmOWRhYjRkZDYiXSA+IC50Yi1ncmlkLWNvbHVtbjpudGgtb2YtdHlwZSgybiArIDEpIHsgZ3JpZC1jb2x1bW46IDEgfSAudGItZ3JpZFtkYXRhLXRvb2xzZXQtYmxvY2tzLWdyaWQ9ImRlZmJlZDAzZmQ2ODlmYmNmNzZiODgyZjlkYWI0ZGQ2Il0gPiAudGItZ3JpZC1jb2x1bW46bnRoLW9mLXR5cGUoMm4gKyAyKSB7IGdyaWQtY29sdW1uOiAyIH0gW2RhdGEtdG9vbHNldC1ibG9ja3MtaW1hZ2U9IjNkZTM2N2ZjOTUyYjAzZTAwNDkwYWZjZjA0MmVkMjk0Il0geyBtYXgtd2lkdGg6IDEwMCU7IH0gLnRiLWdyaWRbZGF0YS10b29sc2V0LWJsb2Nrcy1ncmlkPSJmOWU2MTQyZDM5ZjIwOTMzNjY3MjhhM2YyMjI2ODY0MiJdIHsgZ3JpZC10ZW1wbGF0ZS1jb2x1bW5zOiBtaW5tYXgoMCwgMC41ZnIpIG1pbm1heCgwLCAwLjVmcik7Z3JpZC1hdXRvLWZsb3c6IHJvdyB9IC50Yi1ncmlkW2RhdGEtdG9vbHNldC1ibG9ja3MtZ3JpZD0iZjllNjE0MmQzOWYyMDkzMzY2NzI4YTNmMjIyNjg2NDIiXSA+IC50Yi1ncmlkLWNvbHVtbjpudGgtb2YtdHlwZSgybiArIDEpIHsgZ3JpZC1jb2x1bW46IDEgfSAudGItZ3JpZFtkYXRhLXRvb2xzZXQtYmxvY2tzLWdyaWQ9ImY5ZTYxNDJkMzlmMjA5MzM2NjcyOGEzZjIyMjY4NjQyIl0gPiAudGItZ3JpZC1jb2x1bW46bnRoLW9mLXR5cGUoMm4gKyAyKSB7IGdyaWQtY29sdW1uOiAyIH0gLnRiLWdyaWQtY29sdW1uW2RhdGEtdG9vbHNldC1ibG9ja3MtZ3JpZC1jb2x1bW49IjMwMzRmYmU4ODZjMTEwNTRlOTViNDZiMDlkM2U0MTEyIl0geyBkaXNwbGF5OiBmbGV4OyB9IEBtZWRpYSBvbmx5IHNjcmVlbiBhbmQgKG1heC13aWR0aDogNzgxcHgpIHsgLnRiLWdyaWRbZGF0YS10b29sc2V0LWJsb2Nrcy1ncmlkPSJkZWZiZWQwM2ZkNjg5ZmJjZjc2Yjg4MmY5ZGFiNGRkNiJdIHsgZ3JpZC10ZW1wbGF0ZS1jb2x1bW5zOiBtaW5tYXgoMCwgMC41ZnIpIG1pbm1heCgwLCAwLjVmcik7Z3JpZC1hdXRvLWZsb3c6IHJvdyB9IC50Yi1ncmlkW2RhdGEtdG9vbHNldC1ibG9ja3MtZ3JpZD0iZGVmYmVkMDNmZDY4OWZiY2Y3NmI4ODJmOWRhYjRkZDYiXSA+IC50Yi1ncmlkLWNvbHVtbjpudGgtb2YtdHlwZSgybiArIDEpIHsgZ3JpZC1jb2x1bW46IDEgfSAudGItZ3JpZFtkYXRhLXRvb2xzZXQtYmxvY2tzLWdyaWQ9ImRlZmJlZDAzZmQ2ODlmYmNmNzZiODgyZjlkYWI0ZGQ2Il0gPiAudGItZ3JpZC1jb2x1bW46bnRoLW9mLXR5cGUoMm4gKyAyKSB7IGdyaWQtY29sdW1uOiAyIH0gLnRiLWdyaWRbZGF0YS10b29sc2V0LWJsb2Nrcy1ncmlkPSJmOWU2MTQyZDM5ZjIwOTMzNjY3MjhhM2YyMjI2ODY0MiJdIHsgZ3JpZC10ZW1wbGF0ZS1jb2x1bW5zOiBtaW5tYXgoMCwgMC41ZnIpIG1pbm1heCgwLCAwLjVmcik7Z3JpZC1hdXRvLWZsb3c6IHJvdyB9IC50Yi1ncmlkW2RhdGEtdG9vbHNldC1ibG9ja3MtZ3JpZD0iZjllNjE0MmQzOWYyMDkzMzY2NzI4YTNmMjIyNjg2NDIiXSA+IC50Yi1ncmlkLWNvbHVtbjpudGgtb2YtdHlwZSgybiArIDEpIHsgZ3JpZC1jb2x1bW46IDEgfSAudGItZ3JpZFtkYXRhLXRvb2xzZXQtYmxvY2tzLWdyaWQ9ImY5ZTYxNDJkMzlmMjA5MzM2NjcyOGEzZjIyMjY4NjQyIl0gPiAudGItZ3JpZC1jb2x1bW46bnRoLW9mLXR5cGUoMm4gKyAyKSB7IGdyaWQtY29sdW1uOiAyIH0gLnRiLWdyaWQtY29sdW1uW2RhdGEtdG9vbHNldC1ibG9ja3MtZ3JpZC1jb2x1bW49IjMwMzRmYmU4ODZjMTEwNTRlOTViNDZiMDlkM2U0MTEyIl0geyBkaXNwbGF5OiBmbGV4OyB9ICB9IEBtZWRpYSBvbmx5IHNjcmVlbiBhbmQgKG1heC13aWR0aDogNTk5cHgpIHsgLnRiLWdyaWRbZGF0YS10b29sc2V0LWJsb2Nrcy1ncmlkPSJkZWZiZWQwM2ZkNjg5ZmJjZjc2Yjg4MmY5ZGFiNGRkNiJdIHsgZ3JpZC10ZW1wbGF0ZS1jb2x1bW5zOiBtaW5tYXgoMCwgMWZyKTtncmlkLWF1dG8tZmxvdzogcm93IH0gLnRiLWdyaWRbZGF0YS10b29sc2V0LWJsb2Nrcy1ncmlkPSJkZWZiZWQwM2ZkNjg5ZmJjZjc2Yjg4MmY5ZGFiNGRkNiJdICA+IC50Yi1ncmlkLWNvbHVtbjpudGgtb2YtdHlwZSgxbisxKSB7IGdyaWQtY29sdW1uOiAxIH0gLnRiLWdyaWRbZGF0YS10b29sc2V0LWJsb2Nrcy1ncmlkPSJmOWU2MTQyZDM5ZjIwOTMzNjY3MjhhM2YyMjI2ODY0MiJdIHsgZ3JpZC10ZW1wbGF0ZS1jb2x1bW5zOiBtaW5tYXgoMCwgMWZyKTtncmlkLWF1dG8tZmxvdzogcm93IH0gLnRiLWdyaWRbZGF0YS10b29sc2V0LWJsb2Nrcy1ncmlkPSJmOWU2MTQyZDM5ZjIwOTMzNjY3MjhhM2YyMjI2ODY0MiJdICA+IC50Yi1ncmlkLWNvbHVtbjpudGgtb2YtdHlwZSgxbisxKSB7IGdyaWQtY29sdW1uOiAxIH0gLnRiLWdyaWQtY29sdW1uW2RhdGEtdG9vbHNldC1ibG9ja3MtZ3JpZC1jb2x1bW49IjMwMzRmYmU4ODZjMTEwNTRlOTViNDZiMDlkM2U0MTEyIl0geyBkaXNwbGF5OiBmbGV4OyB9ICB9IA==

I have represented Nevada’s First Congressional District since 2012 and have served my constituents since my election to the Nevada Senate in 1988. In the Nevada Legislature and in Congress, my first priority has been to protect the interests of average Southern Nevada individuals and families. As a member of the House Transportation and Infrastructure Committee, I am working to create good jobs for more Southern Nevadans by investing in our infrastructure. I have also worked in Congress for substantive action to reduce gun violence, provide comprehensive immigration reform and protect our DREAMers, and protect our environment. I will also continue to oppose the revitalization of Yucca Mountain. I am currently Professor Emerita at the University of Nevada, Las Vegas and an author of numerous works on Nevada and American politics.

What policies would you pursue to diversify the state’s economy and create new jobs that pay a living wage?

Besides pushing for a long-term federal investment in infrastructure to create higher-paying jobs, I have been a long-term advocate for developing our abundant solar, wind, and geothermal resources in Nevada to create good jobs while producing clean energy. During this time of the COVID-19 crisis I am working to ensure recovery plans are worker centered and that travel and tourism industries are included on relief packages. I have cosponsored legislation to raise the minimum wage and to protect collective bargaining rights.

In 2019, Nevada joined the US Climate Alliance and took aggressive steps to address climate change by increasing our Renewable Portfolio Standard and encourage a shift to clean energy sources such as solar, geothermal, hydroelectric, and wind. What policies do you support to continue this effort, particularly in the transportation sector?

I support providing more incentives to induce the development of our renewable energy resources, including tax credits. I also support a new commitment to the Clean Air Act by requiring stricter fuel economy standards on vehicles, and action by public entities to replace their vehicle fleets with zero- and low-emission vehicles. In addition, I have long advocated for a national renewable portfolio standard.

With the possibility of the Affordable Care Act being repealed by the Supreme Court, including the Medicaid expansion and protections on coverage for preexisting conditions, what should be done to address the issues Nevada will face under that scenario?

I have fought a multitude of Republican efforts in Congress to repeal the Affordable Care Act. Should the Supreme Court overturn the Affordable Care Act, I would immediately begin working on other legislation to not only preserve the core benefits of the Affordable Care Act but also to expand them. For instance, Congress could pass a public health option that allows Americans to enroll in a low-cost plan similar to Medicare that covers pre-existing conditions and expand Medicaid in states where it does not exist now. I am a cosponsor of Medicare for All but realize this will take time.

What are your recommendations for paid sick days and paid family leave?

I support legislation that gives workers a guaranteed number of sick days and family leave days, so they know they will not lose pay when a personal or family crisis arises.

In Nevada, childcare costs can sometimes exceed the cost of rent and public university tuition. What policy solutions will you support to substantially address these rising costs for families?

I have always been an advocate for employer-based child care, encouraging employers to provide on-site child care for their employees. I support tax credits to help allay the cost of child care. I also believe we can expand our pre-kindergarten programs to involve more children in early learning while their parents are at work.

What do you believe is the best approach ensure all of Nevada’s children have equal access to a quality education?

I believe the best approach to quality education for our children is to provide all our children with quality teachers. That is why I have consistently supported better pay for teachers, so Nevada can attract the best teachers. I also have supported creation of financial incentives for teachers to serve in higher-risk schools to help ensure that disadvantaged children have the opportunity for a quality education.

The General Mining Act of 1872 was written to facilitate mineral extraction as quickly and cheaply as possible–leaving out federal royalties for mining. A lot has changed in 148 years, and since then, mining companies have left hundreds of thousands of abandoned mines across Nevada with the cleanup bill left to the taxpayers. How do you believe we should reform the 1872 General Mining Act to better protect taxpayers, land, and water?

I believe we should strictly enforce requirements in state and federal law for remediation of mining sites, making sure companies pay their fair share for reclamation of these lands. I helped pen Nevada’s first reclamation law while in the State Senate.

Nevada has the largest share of public land of any state in the country, providing access for a variety of recreational and commercial uses. How would you address the issues related to public lands and their continued future uses?

I would like to see a greater proportion of our public lands devoted to the development of renewable energy resources with certain protections, so we can create good jobs in a green economy. At the same time, environmentally sensitive lands must be protected. I have been a strong supporter of creating national monuments on lands that should be left untouched by development, including Tulle Springs, Great Basin, and Gold Butte.

According to the U.S. Department of Justice, Indigenous women face murder rates more than 10 times higher than the national average. What do you think the federal government can do to address this issue?

I have always been a strong supporter of the Violence Against Women Act, and a strong supporter for its continued funding and expansion, including more funding for community violence prevention programs and programs aimed at reducing violence in indigenous communities. I was a co-sponsor of the Violence Against Women Reauthorization Act of 2019, which augmented these programs.

The majority of Nevada’s children are children of color, and many families have been affected by current immigration policies, incarceration, and criminal sentencing policies, reducing economic prospects and civic integration. How would you work to address these issues to provide opportunities to all Nevadans?

I believe that every child in Nevada has the right to a good education and equal opportunity when they join the workforce. That is why I have worked in Congress on behalf of the American Dream and Promise Act, sponsored legislation to give more disadvantaged children scholarships, advocated for criminal sentencing reform, and supported legislation to strengthen anti-discrimination laws in the workplace. I also introduced a bill to give scholarships to minority students studying STEM fields. Immigration work is a major part of our constituent outreach effort.

In 2019, Nevada significantly expanded voting rights and access to voting locations. What additional measures, if any, are needed to improve the efficiency, accessibility, and integrity of elections?

I am a co-sponsor and voted for HR 1, the For the People Act, which would create a national voter registration program and combat state efforts to purge voting rolls.

What is your position on universal background checks for firearm sales and other policies to address gun violence in this country?

I have always been and always will be an advocate for legislation to curb gun violence, including a ban on bump stocks, extended magazines, and automatic weapons. I opposed concealed carry reciprocity legislation, a number one priority of the NRA; and I supported the Multiple Firearms Sales Reporting Modernization Act, which requires reporting on the purchase of multiple semi-automatic weapons over a short period of time in the same manner currently required for handguns. I am also an original cosponsor of Keep Americans Safe Act and have called repeatedly for extended background checks. Furthermore, I am a member of the Gun Violence Prevention Task Force in the House.

Do you support the legalization and regulation of marijuana?

Yes, as it has currently been implemented in Nevada. I am a member of the Congressional Cannabis working group and have cosponsored federal legislation concerning marijuana and banking, veterans, reclassification, research, and small business tax benefits.