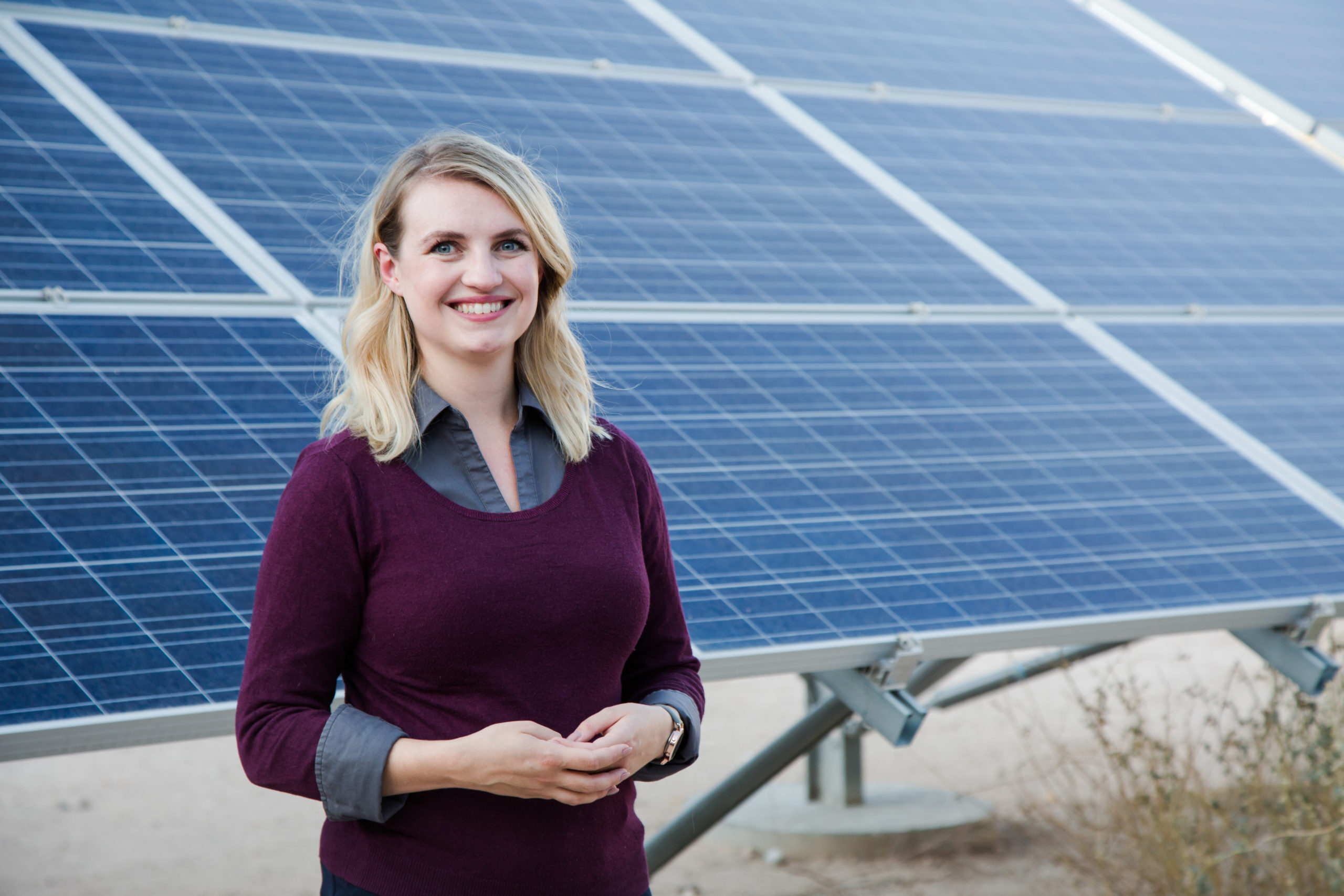 Serving the people of Nevada as Senator for District 9 for the last 4 years has been my greatest honor. I am proud of what we have accomplished at the Legislature including making historic investments in our education system, establishing statutory protections for survivors of sexual assault, and laying the groundwork for a public health insurance option. I grew up in Nevada and attended public schools through high school. After earning my law degree out-of-state, I knew I wanted to move back because Home Means Nevada to me.

Given the success of the marijuana industry, should Nevada create a better licensing framework for consumption lounges which would allow tourists an opportunity to legally consume marijuana products?

Would you support allocating more state funds to help DACA recipients to help with higher education?

Every Nevadan deserves an excellent and affordable higher education. Last year, I sponsored SB347 which passed the legislature and allows people of any immigration status - including DACA recipients and DREAMers - to access Millennium Scholarships.

As Las Vegas lives in the wake of the worst mass shooting in modern history, what do you think it will take to end the gun violence epidemic and violence in our communities?

I am proud of my record in the Nevada State Senate of supporting common-sense measures to protect our communities from gun violence. As an attorney, I understand what the Constitution says- and what it does not – about gun ownership. I will continue to fight for better background-check laws, effective high-risk protection orders, and education campaigns to reduce gun-related accidents.

Yes. In the 2019 session I was proud to co-sponsor the Trust Nevada Women Act and safeguard state-level abortion protections. I will continue to work towards a more equitable and just healthcare system in which everyone has access to necessary procedures, like abortions. In addition, I am honored to be recognized by NARAL and EMILY’s List for my support of reproductive freedoms.

The state of Nevada is facing an unprecedented shortage of health care providers – a problem that impacts every area of medicine, including the provision of sexual and reproductive care. Do you support removing the physician-only requirement and allowing advanced practice clinicians (APCs) to provide this vital care to patients with training and certification?

I support approaching Nevadan's dire health care provider shortage with multiple solutions, including recruiting and retaining more physicians, and expanding the pool of medical professionals who are able to provide sexual and reproductive care.

Comprehensive, age and developmentally appropriate, medically-accurate, inclusive sex education has been proven to improve students’ long-term health outcomes, yet it is not required that students be provided with this information in their sex-ed programs. Do you believe that public school sex-ed programs should be comprehensive, medically accurate, and inclusive?

It is well documented that patients of color face greater obstacles to obtaining sexual and reproductive health care than non-Hispanic white Americans – a pattern that results in worse health outcomes overall for BIPOC patients. Do you not only acknowledge systemic racism’s role in public health disparities but will you pursue policies that seek to rectify the historical harm of systemic racism and advance equitable access to health care?

I fully recognize the disparities in health outcomes for people of color and will continue to work with medical experts, communities, and organizations to work to advance equitable access to care.

I support abolition of the death penalty.

Supporting members of the LGBTQ community, including trans and gender non-conforming people, is one of the pillars of my work in the Nevada Senate. I will never support legislation that discriminates against people based on their gender identity, expression, or orientation. I will continue to fight for equal protection, dignity, and respect for trans and gender non-conforming people. Moreover, I look forward to sponsoring more legislation in 2023 to expand health care access and other protections for members of the LGBTQ community, and especially the trans community.

We have seen rental rates increasing at a very alarming rate, in some instances upwards of 30%. How do you see the Nevada Legislature taking action to keep Nevadans in their homes and not being priced out?

I talk with Nevadans every day about the lack of affordable housing in the valley and across the state. I am hopeful to work with community members in the upcoming session to implement meaningful reforms in housing. Right now, I am encouraged by the Interim Finance Committee’s passage of the first $250 million of Governor Sisolak’s Home Means Nevada which will help making housing more affordable for all Nevadans.

State investments in conservation provide resources for a wide range of public benefit, like the management of wildlife and state land, and the creation and maintenance of trails and other recreational facilities. In 2019, the Legislature approved $217 million of bonding authority for conservation purposes, including for the acquisition of land for new state parks. A) Do you support or oppose state investment in conservation? B) Has Nevada’s investment in land conservation been too little, too much, or about right, and how would you change it?

Yes. In 2019 I voted for this bill. As a Nevada Conservation League endorsed candidate, I fully support further investments in Nevada’s public lands.

Nevada has one of the largest shares of federal public land of any state in the country, providing important wildlife habitat, places to hunt, camp, fish and hike, and acting as the foundation of a billion dollar outdoor industry. Even so, some lawmakers have promoted policies that seek wholesale transfer of federal ownership of our national lands to states. A) Would you support or oppose these land transfer policies? B) Would should the State of Nevada’s role be in the management and ownership of federal land?

I support the continued co-management of public lands between state and federal governments. Transfer policies jeopardize important federal protections for wildlife, the environment, and recreation. Nevada should continue to be a good a steward of the federal land within its borders and work collaboratively to ensure it remains accessible for generations to come.

What legislative action would you take to address the ongoing COVID crisis in communities of color due to mistrust, targeted disinformation, and lack of culturally competent messaging that includes language accessibility?

As Nevada continues to fight COVID-19, I support policies to provide every community with timely and accurate information. Last year, I supported SB 318, which requires public health agencies across to the state to develop a language access plan. In 2023, we will work to ensure these plans are developed and implemented.

Would you support addressing public health disparities in Nevada’s diverse Spanish speaking population by funding a “Promotores de Salud” program through the Nevada Office of New Americans that provides year round, culturally competent education and community engagement in Spanish on public health issues?

How do you envision working within your state to pass care legislation (i.e. child care, elder care, paid leave, paid sick leave, and disability care) that will ensure that women of color and working families can easily access the care they need?

I am eager to work with our partner at the local, state, and federal level to strengthen policies for working families and allow everyone the time they need to care for themselves and loved ones.

What are you doing to center communities of color and low income communities in your work and how do you ensure that equity is part of every decision you make?

Transparency and accessibility are core values to me. I seek out leaders from a variety of communities to discuss policy decisions. As chair of the Senate Judiciary Committee and Interim Judiciary Committee, I have worked with people directly impacted by the justice system to shape the committees' policy agendas, including leaders in communities of color. It is important to me that members of impacted communities are able to participate in our meetings and speak directly to the committees. I also continue to engage in trainings and listening sessions to become a better ally to communities of color.

Communities of color are most impacted by air pollution; what would you do to ensure that our communities can breathe cleaner air?

As Nevada Conservation League endorsed candidate, I am committed improving Nevada's air quality. Closing the "classic car loophole" in the 2021 session was an important step in the right direction.

Latinx communities are extremely concerned about the drought and ongoing water shortages. What would you do to ensure our families have a sustainable water supply, not just now but also future generations?

I support water conservation policies and ongoing efforts to identify new and creative ways to increase Nevada's available water. As a member of the State Innovation Exchange Cohort for Rural Opportunity and Prosperity, I work with lawmakers and stakeholders throughout the country to develop better water use policies.

Will you practice a just transition approach to Nevada’s clean energy & sustainability plans while holding accountable those who must consult and collaborate with Nevada’s Tribal Nations on decisions which may negatively impact their indigenous lifeways?

The APIA community faces the largest unmet financial needs when it comes to higher education. Nevada has the highest student loan default rate in the country. In Nevada, there are 333,100 student loan borrowers, $11.5 Billion in student loan debt, and $34,700 in average debt per borrower. What policies can we implement to ensure students and families are protected from predatory lenders and undue financial burdens?

I voted to support Nevada's Pre-Paid College Tuition plan established under the leadership of Nevada State Treasurer Zach Conine. I also sponsored legislation to expand eligibility for Millennium Scholarships and voted to continue funding the scholarship. As a person still paying off student loan debt, I understand the challenges young adults face trying to plan for the future. I am optimistic that the Biden administration will continue to demonstrate leadership in addressing student loan burdens and additional loans will be forgiven or cancelled. As a Senator representing one of the largest groups of APIA Nevadans, I am committed to sharing accurate information about student loans and how to access benefits like the Public Service Loan Forgiveness Program and Income-Driven Repayment programs.

One out of seven people in Clark County are food insecure. What policies would you propose to ensure people are not residing in food deserts and have access to healthy food and water sources?

I believe food justice is part of social justice. Every person should be able to afford and access fresh, nutritious foods and clean water. I have supported legislation to establish the Home Feeds Nevada Agriculture Food Purchase Program and Nutritious Food Purchase Account. In 2023, I look forward to working on additional policies to reduce food waste without contributing to greenhouse gas emissions.